Gem Of The Week - Banded Agate

If you are looking to add a bit of stripey sassiness to your creations, then look no further than Banded Agate. Beautifully bodacious, this gemstone is often dyed to make amazing colour combos that leave beads, and in particular round beads, looking a little bit like mini planets or even edible sweets! Agate is associated with the month of May and the zodiac sign of Gemini.

Banded Agate, also known as “Striped Agate” or "Layered Agate", has band-like layers of microscopic Quartz crystals formed from the deposition of Silica in volcanic vesicles or other cavities. The layers inside the stone are formed in stages and add to the beauty of this unique gemstone. Due to the porous nature of Banded Agate, it can easily be dyed to take on a range of bright colours.

Banded Agate is known to be found all over the world, but in particular, large deposits have been mined in the United States, Botswana, Brazil, South Africa, and the Czech Republic.

Agate was given its name by Theophrastus, a Greek philosopher and naturalist, who discovered the stone along the shoreline of the Achates river in Sicily. The ornamental use of Agate in the seal stones of Greek warriors and the use of beaded necklaces with pierced and polished Agate goes back to the 3rd millennium BCE. Agate has been recovered at several ancient sites, indicating its widespread use in the ancient world; for example, an archaeological recovery at the Knossos site on Crete illustrates its role in Bronze Age Minoan culture!

The United States and Japan together purchase more than 75% of the world’s cut Emeralds. Due to their intrinsic value, Emeralds are only used for jewellery-making and decorative purposes. You won’t see Emeralds being freely used in appliances or science experiments!

Banded Agate is a variety of Chalcedony, which itself is a fibrous variety of Quartz. It ranges from transparent to opaque and has a vitreous lustre (glassy). It ranges from 6.5 to 7 on the MOHs scale and is very durable. Banded Agate is often seen detached from its eroding matrix, and once removed, the outer surface is usually pitted and rough, therefore most of it is then highly polished to remove the pitting.

Banded Agate is considered to be a great stone for healing the body, mind, and soul! It is said to be useful for protection, security, and moral stability as well as a helping stone for organizing one’s personal life. It is thought that it can help with cutting cords with persons that have a negative influence on oneself. It is claimed to be a great crystal to use during pregnancy and also for helping new mothers avoid the "baby blues".

Here are some of our amazing Banded Agate products. 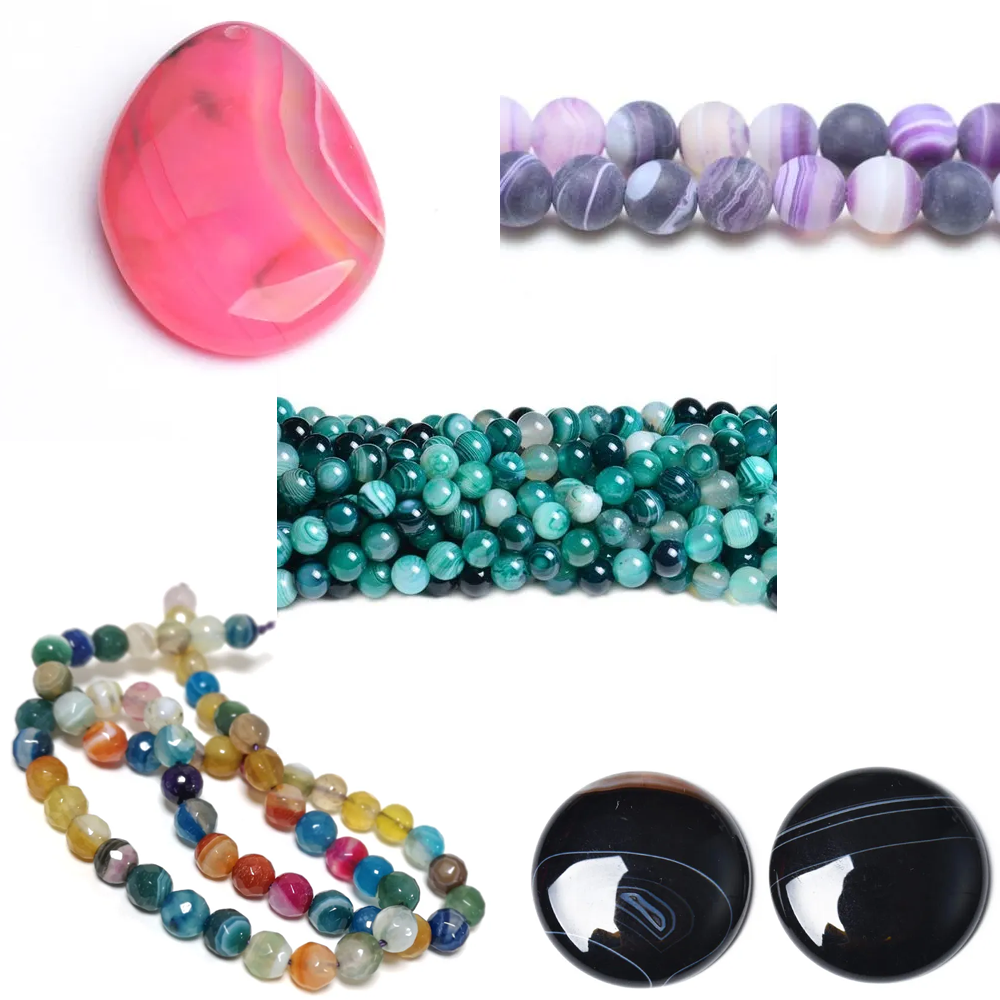