Gem Of The Week - Fluorite

We think Fluorite is just fabulous! Let us furnish you with some funky facts and figures about this fine stone so that your fantastic creations can flourish.

Fluorite is such a beautiful gemstone that is often referred to as ‘the most colourful mineral in the world' owing to its variety of brilliant colours. Typically purple, green, and yellow, it can also be colourless, blue, red, or black! It is said to be one of the most popular gemstones in the world among collectors, second only to Quartz. Fluorite was first named in 1530 as 'Fluorspar'. This term now is only used for the industrial and chemical form of Fluorite, while 'Fluorite' is the term used for the gemstone.

Fluorite is found in many locations around the world including Argentina, Austria, Canada, China, France, Germany, Mexico, Morocco, Myanmar, Namibia, Russia, Spain, Switzerland, UK, and USA. A blue, purple, and white variety known as 'Blue John' is mined in Castleton, Derbyshire. Only a very small quantity of Blue John is mined each year for gemstone and ornamental use.

The word 'Fluorite' is derived from the Latin verb 'to flow'. Ancient Romans thought that drinking alcohol out of Fluorite cups would help prevent drunkenness, like the beliefs attached to Amethyst. During the eighteenth century Fluorite was ground into powder and mixed with water to try to treat kidney disease. In 1852, George Gabriel Stokes discovered the ability of specimens of Fluorite to produce a blue glow when illuminated with light, which in his words was "beyond the violet end of the spectrum." He called this phenomenon "Fluorescence" after the mineral. The name gained wide acceptance in mineralogy, gemmology, biology, optics, commercial lighting, and many other fields.

Fluorite is used in a wide variety of chemical, metallurgical, and ceramic processes. Specimens of Fluorite with exceptional optical clarity are often used to make lenses that can produce extremely sharp images. These lenses are used in microscopes, telescopes, and cameras. Specimens of Fluorite with exceptional colour and transparency are used by lapidaries to cut gemstones and make ornamental objects.

Fluorite is an important industrial mineral composed of calcium and fluorine (CaF2). It has a very low refractive index and a very low dispersion. Most Fluorite occurs as vein fillings in rocks that have been subjected to hydrothermal activity. These veins often contain metallic ores which can include sulphides of tin, silver, lead, zinc, copper, and other metals. The hardness of the Fluorite is 7 on the MOHS scale.

Fluorite is thought to be renowned for its ability to absorb negative energy and turn it into positive energy.  It is said to be the perfect crystal to accompany any person experiencing spiritual burnout. Simply being in the same room as this crystal could raise your vibration and enhance your natural aura!

Here are some of our fantastic Fluorite products. 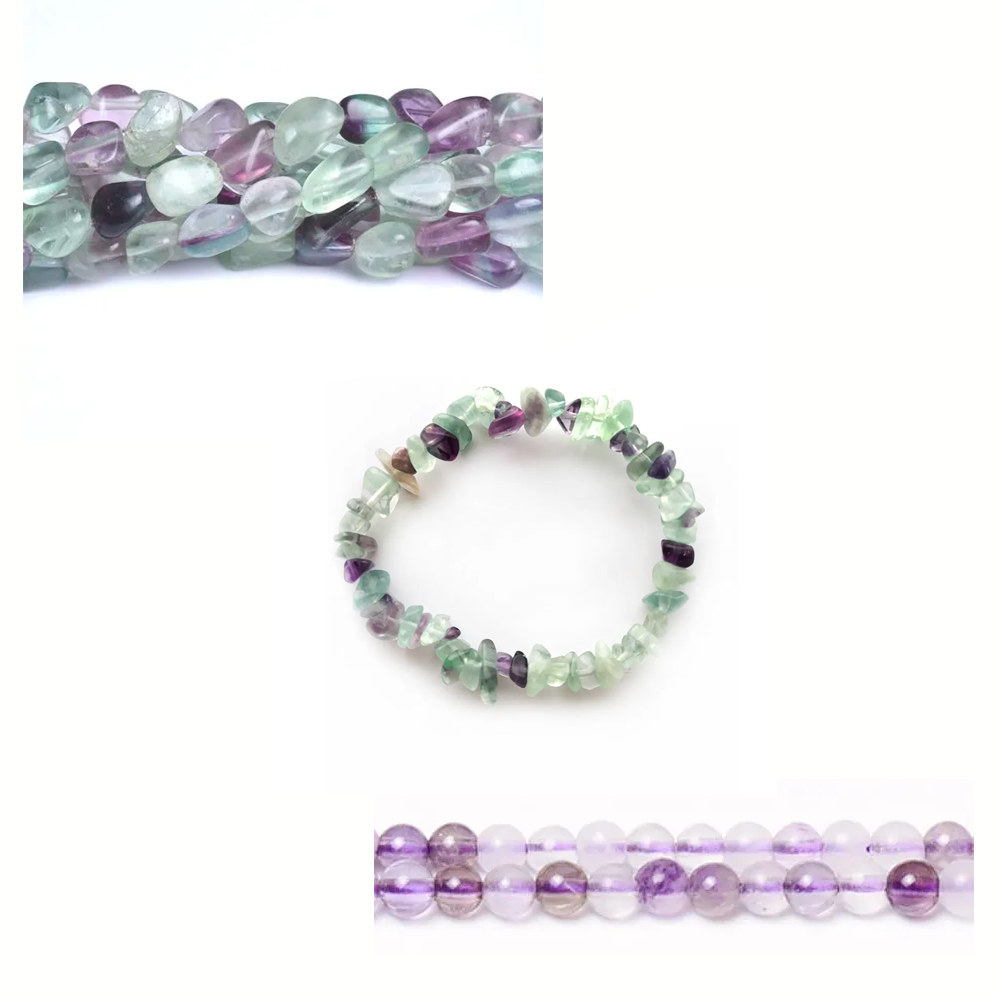