Gem Of The Week - Onyx

This week we are back to looking at an individual gemstone, namely Onyx. After Rose Quartz, Amethyst and Carnelian, Onyx is amongst our best-selling gemstones, particularly the black variety! It’s such a sleek and contrasting gemstone that fits with most others and is easily the number one choice for men who choose to wear a beaded bracelet.

Black Onyx is a variety of Agate but instead of curved bandings it naturally has straight bandings.  Bandings I hear you cry!? Well, the fact is that nearly all commercial black Onyx on the market today has been sugar-treated, meaning that it has been soaked in a sugar solution which is then heated to carbonise. This is because the mass market demands that perfect all-over black sheen which is very rare in nature and extremely expensive.  Thankfully the sugar technique has been perfected over centuries meaning it’s widely available and a much-loved member of the gemstone family!

Onyx comes from the Greek word for ‘claw’.  The reason for this is that the Romans first attributed the name Onyx to a type of marble having white and yellow veins (said to resemble a fingernail – yuck!), which is still referred to as Onyx Marble or Italian Onyx.  However, they then discovered what we now know Onyx to be and re-attributed the name.  The Romans would go onto to use the newly discovered stone for their seals, carving a design in negative relief to produce the raised print. Onyx has been dyed ever-since and has been traditionally used for carving cameo brooches in particular. Interestingly, Onyx is mentioned in the bible several times!

As well as jewellery-making (beads, chips, pendants, cameos, cabochons etc), Onyx is often used for hardstone carving of various decorative objects. Onyx was used in ancient Egypt to make bowls and other pottery items and also featured in artwork of Minoan Crete. Brazilian green Onyx was often used as plinths for art deco sculptures created in the 1920s/30s.

Onyx primarily refers to the parallel banded variety of the silicate mineral Chalcedony. Agate and Onyx are both varieties of layered chalcedony that differ only in the form of the bands: Agate has curved bands and Onyx has parallel bands. Black Onyx can be similar to Black Diamond, though it is much softer and less lustrous. It is much harder than Jet but lacks the metallic lustre of Hematite.  It can be very difficult to distinguish from Melanite Garnet and Schorl Tourmaline. Onyx is measured as having a hardness of 6.5 -7 on the Mohs scale.

Everybody has phobias, from tarantulas and flying to commitment and intimacy. But as the wise Japanese proverb says, fear is only as deep as the mind allows. It is said that Onyx is a strong and sturdy companion on your spiritual journey - a powerful warrior stone, that helps stomp out negative thought patterns stemming from the most debilitating and toxic emotion of them all – fear.

Here are some of our amazing Onyx products. 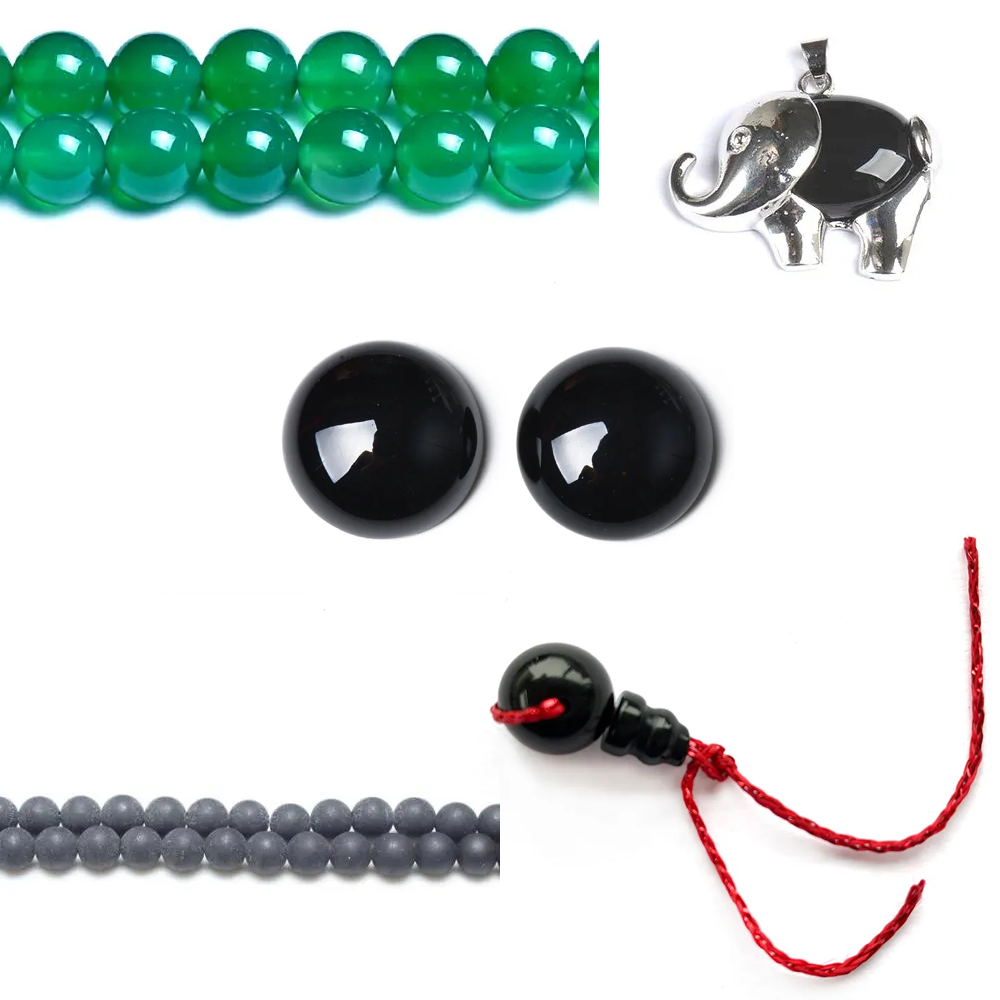