Gem Of The Week - Quartz

Quartz is one of the most recognised stones in the world, not just as a gemstone family but in many other applications such as watches. The variety of gemstone Quartz is vast and many of them we will or have already covered individually, such as Rose Quartz, Rutilated Quartz and Smoky Quartz.  But we thought it would be good to step up a level and see what all these family members have in common!

Any true Quartz gemstone is a hard crystal made from Silica.  It got its name from a 14th century German word “Quarz” which at the time translated to “hard”. Some varieties of Quartz have visible individual crystals (druzies) which are called “macrocrystalline” whilst most other varieties have tiny, microscopic crystals and are generally opaque – these are “microcrystalline”.  Either way Quartz can be quite plain and functional, or it can be quite stunning and irresistible!

Quartz as a rock is the second most abundant in the earth’s crust after Feldspar.  There is literally nowhere on earth where Quartz does not exist right under our feet.  Mining for Quartz is often done in open pit mines with the use of explosives!  High-grade Quartz that is used in the semi-conductor industry is mainly mined in California and parts of Spain.

Man has been using Quartz since pre-historic times, including some of the earliest tools that have been discovered.

Our good old Roman friend Pliny the Elder believed that Rock Crystal Quartz was a type of permanently frozen ice (the word "crystal" comes from the Greek word κρύσταλλος, "ice".) He believed that it only formed near glaciers in the Alps, an idea that persisted until the 17th century! He did however know of the ability of Quartz to split light into a spectrum, so he was actually quite ahead of his time.

In the 17th century, Nicolas Steno conducted a study of Quartz and discovered that regardless of its size or shape, its long prism faces are always joined at a perfect 60° angle. This paved the way for modern crystallography.

Quartz's piezoelectric properties were discovered by brothers Jacques and Pierre Curie (Marie’s husband!) in 1880. This over time (excuse the pun) led to accurate Quartz oscillators which in turn led to the Quartz clock.

In terms of Quartz as a gemstone, it really started to rise in popularity in the 19th century when it was introduced into jewellery-making.  Prior to that, it has mainly been used for decorative pieces.

The United States and Japan together purchase more than 75% of the world’s cut Emeralds. Due to their intrinsic value, Emeralds are only used for jewellery-making and decorative purposes. You won’t see Emeralds being freely used in appliances or science experiments!

All Quartz measures 7 on the MOHs scale.  It’s hard as nails (actually harder than steel!) and it’s also super weather resistant.  This combo makes it perfect for long-lasting jewellery and decorative pieces. It can be colourless, coloured, multicoloured, banded or even full of inclusions. It can be transparent, translucent, or opaque, with a vitreous or even waxy lustre.

Emerald is considered a life-affirming stone. It is said to open the heart chakra and calm one’s emotions whilst providing inspiration, balance, wisdom, and patience. It is also thought to promote friendship, peace, harmony, and domestic bliss by enabling the wearer to both give and receive unconditional love.

Here are some of our amazing Quartz products. 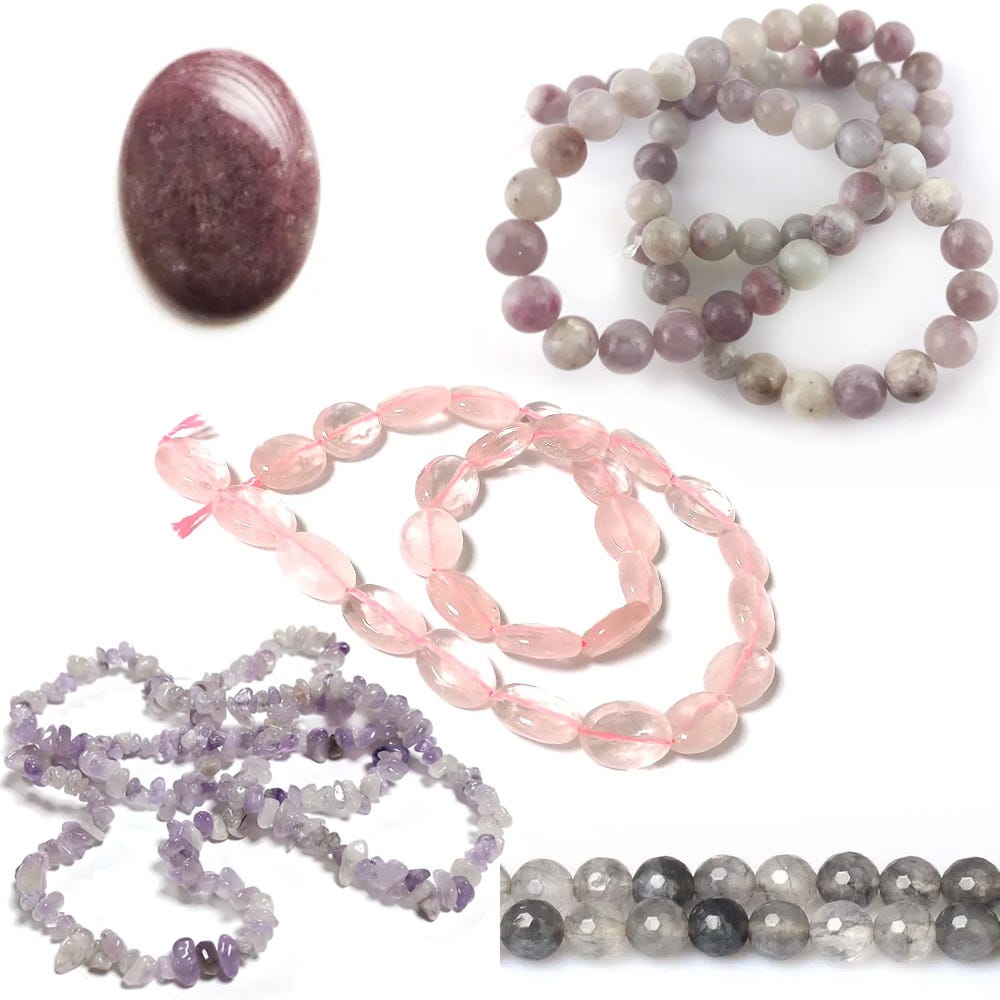