Earn 50 reward points with this purchase.

Add to Favourites
Add to Compare
Details
Description
A strand of 45+ beads. Made from Cloud Quartz and are silver in colour. These smooth faceted round beads are machine cut. They are 8mm in size with a fully drilled 1mm hole across the middle. Actual product colour may vary dependant on screen capabilities & settings.Quartz is the second most abundant mineral in the Earth's continental crust after Feldspar. There are many different varieties of Quartz, especially in Europe and the Middle East. Varieties of Quartz have been one of the most commonly used minerals in the making of jewellery since antiquity. 'Kristallos' is the most ancient known reference to Quartz and was recorded by Theophrastus around 300 BC. Varieties within the Quartz family include other well-known gemstones such as Rose Quartz, Amethyst, Citrine, Smoky Quartz, Rock Crystal and Aventurine.
Customer Reviews
Write Your Own Review
Related Posts 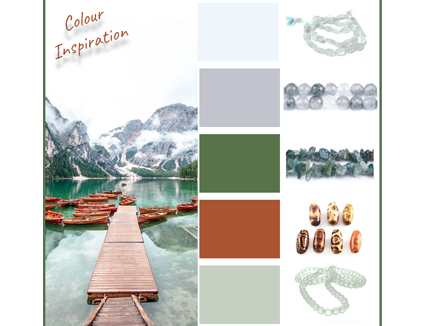 Feature pages/articles that include this product